What bothers people the most?

The controversial topics can be made up based on controversial matters. It is always about something that people are concerned about. Your goal here is to make your readers pick the side and realize what do they think about this particular issue?

Try to avoid writing about something that is not widely discussed. This means that there does not have to be a very narrow professional issue, which you offer to a wide audience.

For example, if you offer your readers to read a controversial essay about Ukrainian syntax and grammar, the differences of the Prague school and Ukrainian schools approach, we doubt that many people would even have any idea on what on Earth are you talking about.

We have already discussed that the best idea to make up a controversial topic is to write about the issue no-one is indifferent to. However, it does not have to be something everyone is against. There need to be two camps: fans and haters.

For example, you can write about using polyurethane instead of leather to save the population of animals. Some people say that this is madness and good leather can be very long-lasting and there are other causes the animals to die from. These people also think that after all, the Mother-nature itself made it this way ages ago, that people eat animals and use their fur and leather to avoid the cold. It has always been that way and who are we to change this way of life. We have been using weaker creatures to survive.

Other people think that consuming animals as food and material producers is more than violent.

There are not that many people to give no care about this particular issue, so there is a little chance for your readers to stay not engaged in this discussion.

What if you need to speak?

Sometimes, we get to complete this kind of assignment verbally. Most olden we have to write essays, articles and stuff like that. Somehow it is easier as you have time to figure out what exactly do want to tell your readers. Nobody is distracting you, you can concentrate and deliver your thoughts exactly the way you think they should be delivered.

However, when you get to speak, the only things you do not have to care about are punctuation, grammar, and spelling.

The most important thing about giving a speech is you always get almost immediate feedback from your audience.

This means that you need two twice more careful when choosing the topic for your speech and further discussion. Think of something your audience could know a lot of and be free to have a proper discussion.

The best way to build your speech is to somehow offer a discussion. For example, you are talking about consuming animals. Your speech has to be a kind of introduction to do further discussion with the audience. Do not forget to mention that there are several points of view on the matter. If you the people in your audience that support one of those points of view, it is a good idea to announce it.

Whether you write or speak, you need to…

The most important thing about both writing and speaking tasks of any kind, especially if you have some controversial topics to discuss, is, to be honest with your audience.

Do not be afraid if someone does not agree with your point of view, because this is why they call it controversy — there can be several points of you and they can contradict each other.

If you are not sure about where do you stand in this discussion, feel free to admit it. As people always say, the truth is born in dispute.

As you have probably noticed, there is nothing too difficult about controversial topics no matter whether you right or make a public speech. We hope that you are now inspired and full of ideas and have already come out with your controversial topics. You are now more than welcome to check out some more useful articles on our website. See you soon and good luck! 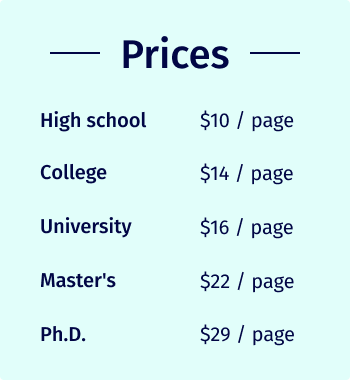